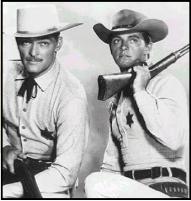 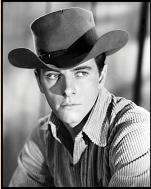 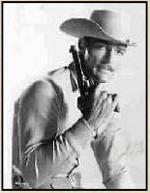 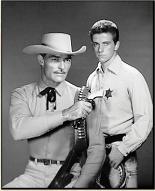 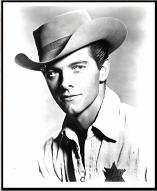 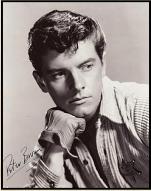 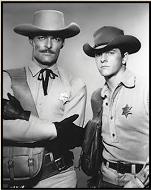 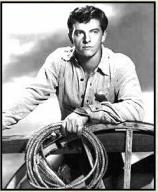 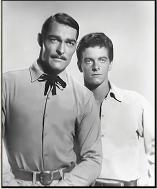 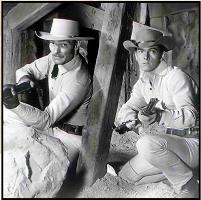 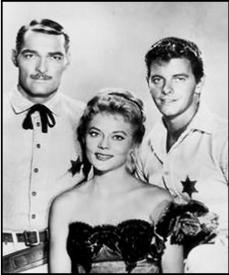 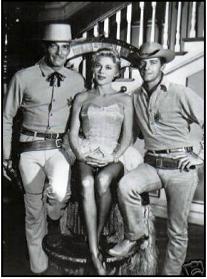 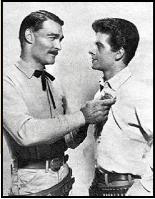 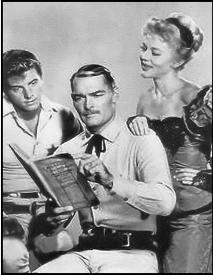 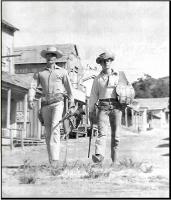 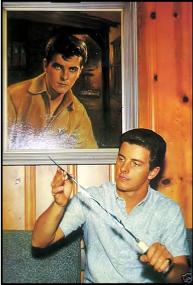 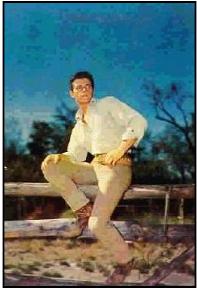 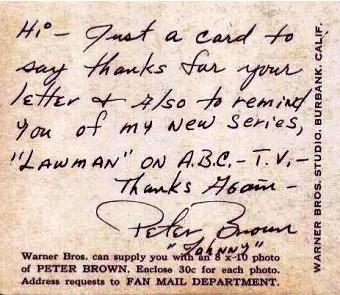 Postcards that were sent to fans who wrote in. 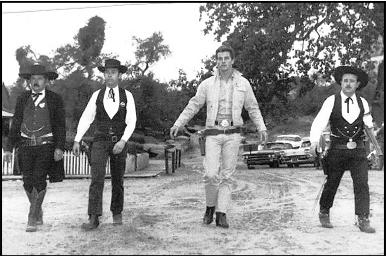 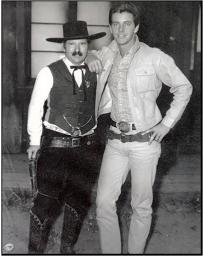 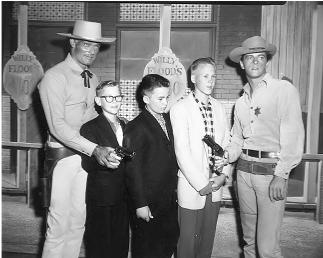 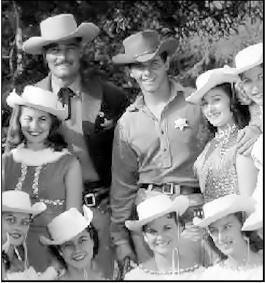 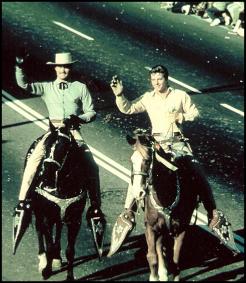 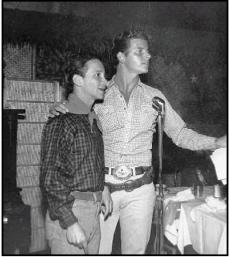 Margaret from Ohio sent this photo of John and Peter posing with the Kilgore Rangerettes after riding in the 1959 Rosebowl Parade.

Peter Schermer sent us these pictures of Peter with Joel Grey and Roberta Shore entertaining young his Cub Scout troop. Now there's a perk of being related to studio brass we can all envy.

Apparently all filming ceased when the stars were pulled off their respective sets to pose for this publicity photo showing Jack Warner
and his collection of stars walking arm-in-arm on the Warner Brothers lot. Hence, many are shown "in character." Peggie Castle
is between John Russell on her right and Jack Warner on her left. Clint Walker (Cheyenne), is directly behind Peter. 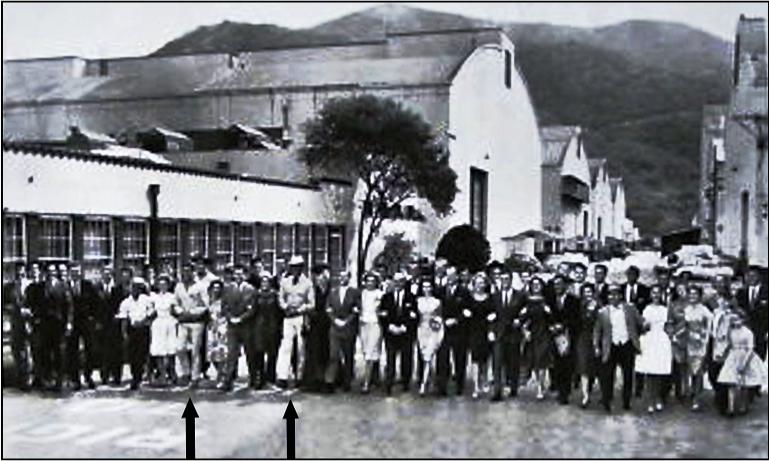 Peter Schermer (son of Lawman producer Jules Schermer) has great memories of his time spent on the Lawman set, especially about how much fun Peter Brown was to hang out with. None of us doubts that for a minute. (We don't know which boy is young Peter Schermer.) 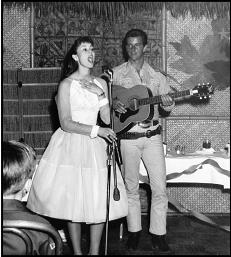